A Taste of Crayfish Bay 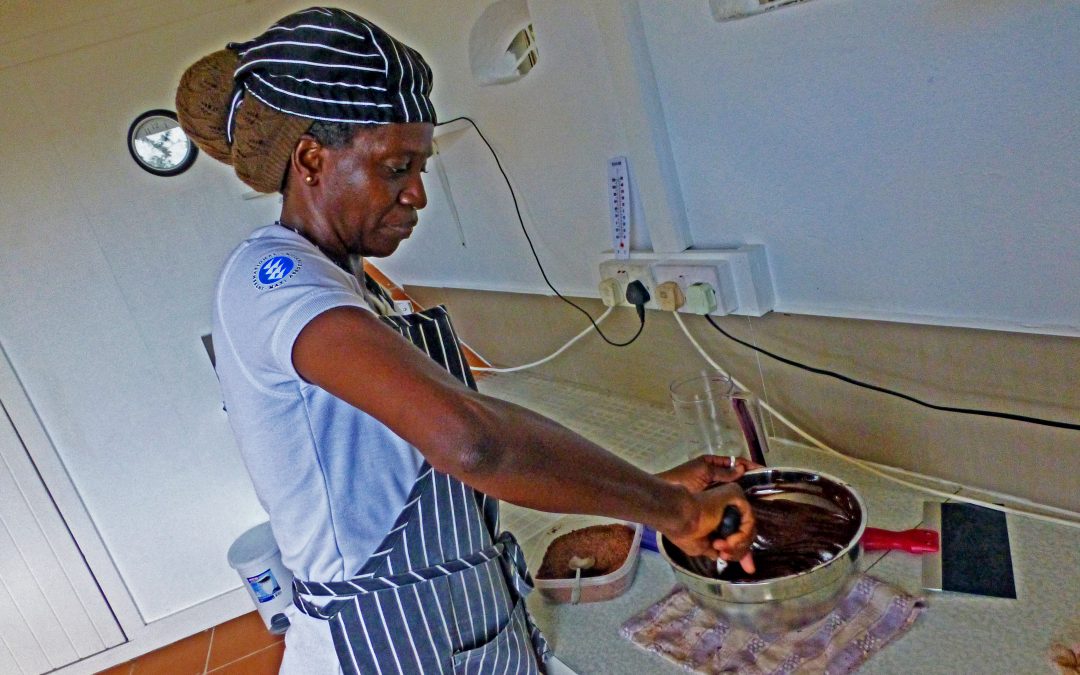 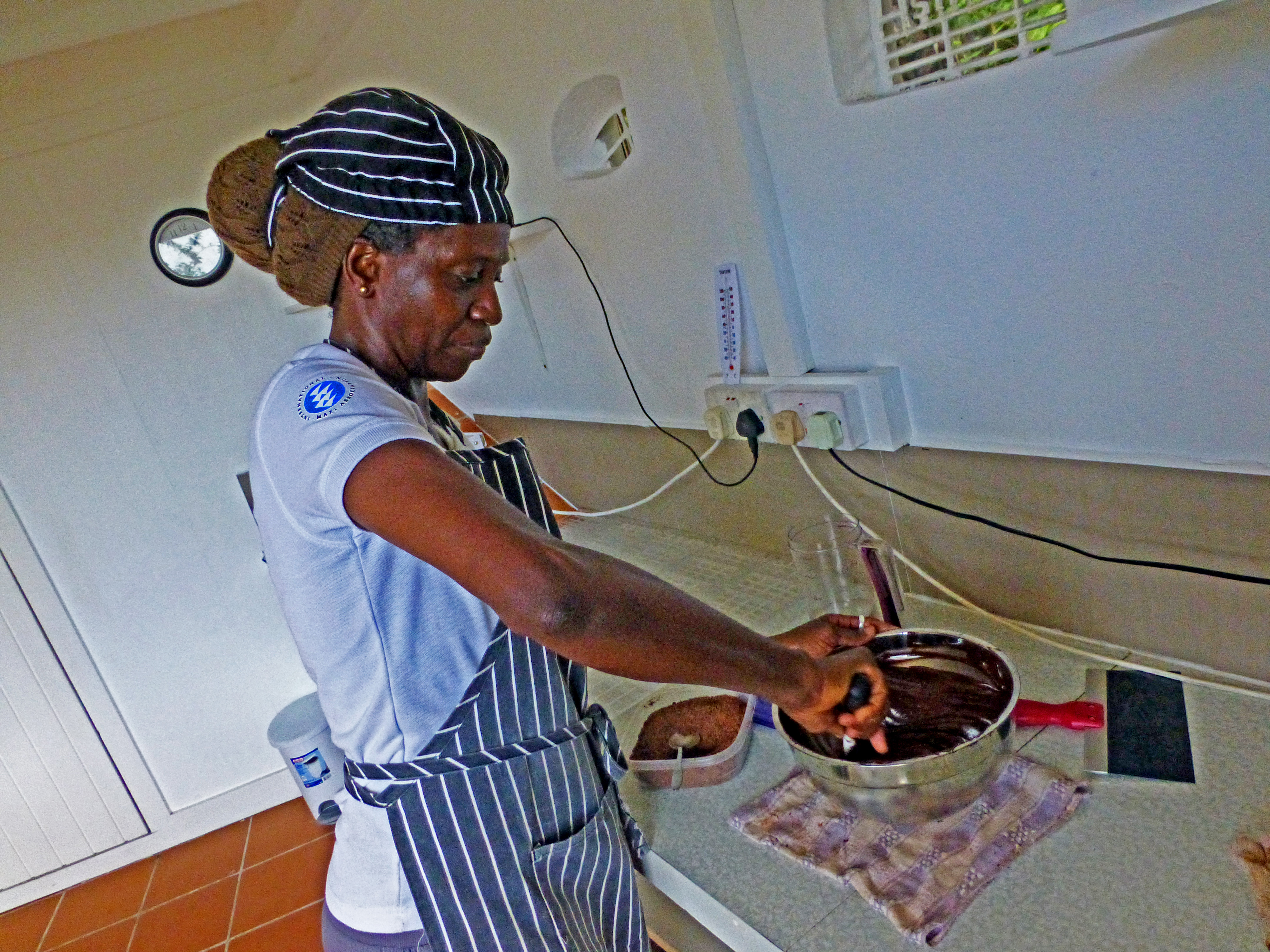 Nestled in the coastal hills of Saint Mark is Crayfish Bay, 13 acres of coastal rainforest that is home to Grenada?s first and only single-farm certified organic tree to bar chocolate production. Built in the 1800?s, current owners Kim and Lylette Russell found the land and plantation house 10 years ago in complete ruin. In the decade since they have managed to rebuild the original home, construct a work space and production building, and revitalize the land. In their first year they harvested 800 pounds of wet cocoa, this year they reached 16,000. With the land in the control of the farmers, Kim and Lylette are empowering the people of Crayfish Bay while producing some of the best chocolate on the island.

Kim, originally from England, found himself on the shores of Carriacou 27 years ago with three young children aboard a Collin Arder-style Dutch steel monohull. The kids, deciding they wanted a formal education, were enrolled in school ashore. There they remained until the late 90?s when the kids went off to Univesity and Kim returned to England to work as a coal and diesel merchant on the canals. Quickly disenchanted with the culture of consumption, Kim returned to the West Indies and stumbled upon Crayfish Bay. His partner Lylette was born and raised in Guyana, after which she spent several years in St. Lucia, before finally settling in Grenada.

Initially a sugar plantation and French molasses factory, Non Pariel (now Crayfish Bay) was converted by the British into a cocoa estate in the 18th?century. Severely damaged by hurricane Ivan, it sat derelict until Kim and Lylette found it in 2007. They learned about cocoa production from local farmers, and as a self-taught engineer, Kim built almost all the necessary machinery himself from as much scrap and recycled material he could find. His pride is the cocoa roaster, which he claims is the Caribbean?s (if not the world?s) only commercial roaster that is heated entirely by charcoal. After becoming certified organic they started exporting nibs, and only a few short months ago began producing finished chocolate in the form of 75% bars and cooking blocks. 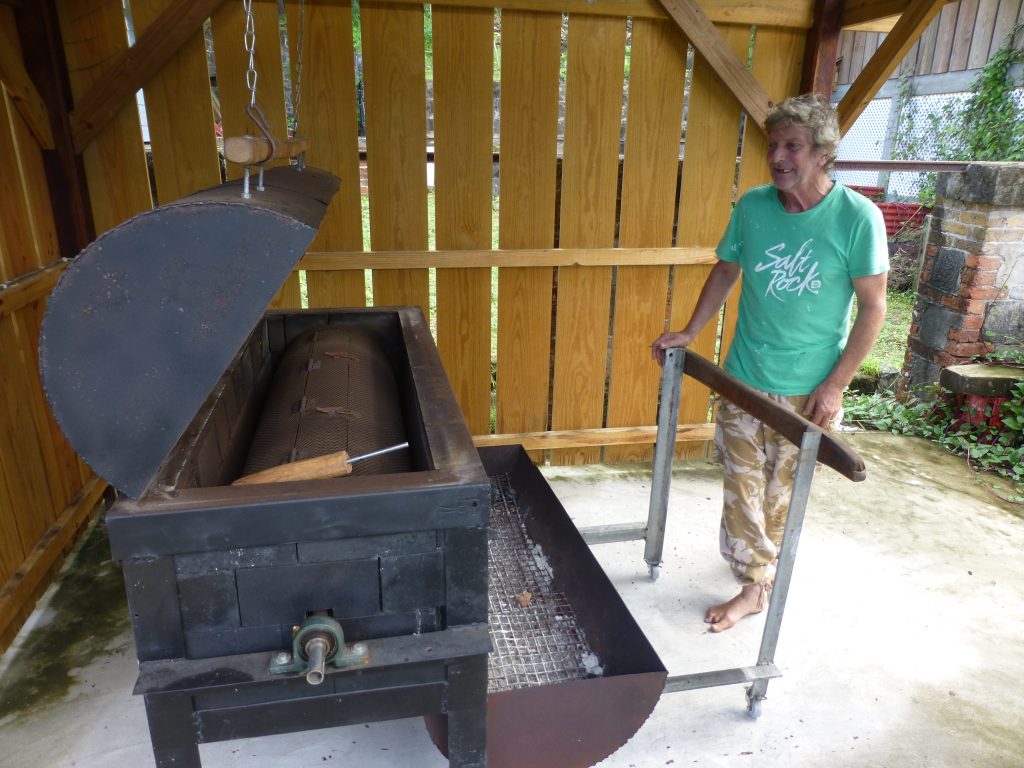 Kim and his charcoal cocoa roaster. Photo by Chris Doyle.

Although Kim and Lylette own the land, almost complete control of it is in the hands of two local farmers. They are not paid wages, but simply get 90% of the highest price for wet cocoa available (the other 10% is put towards operating costs). According to Kim ?This results in them receiving large blocks of money which allows them to invest in items such as household stuff, cars, boats etc. without going into debt. These items in turn give them another source of income.???In addition, they are free to grow anything else of their choosing on the land, as long as it follows organic principles and doesn?t interfere with the cocoa or nutmeg ?During the off season they make enough money to get through by selling the produce which they grow amongst the cocoa…..this produce, mainly bananas, provides shade and water for the young cocoa plants, and nutrients when they [are] harvested, so it?s a win-win situation for all?

At Crayfish Bay nothing is wasted. Even the pieces too small to be sold as nibs, commonly discarded as waste, are packaged and sold as drinking cocoa. Everything was rebuilt from as much recycled material as possible. The wooden railings of the small guesthouse sag with the enduring droop of rejected department store timber. The second, larger guesthouse, also built from reclaimed materials, is perched above one of the plantation?s many natural spring and has an incredible ocean view. Both guesthouses are available for rent to those looking for a getaway off the beaten track. 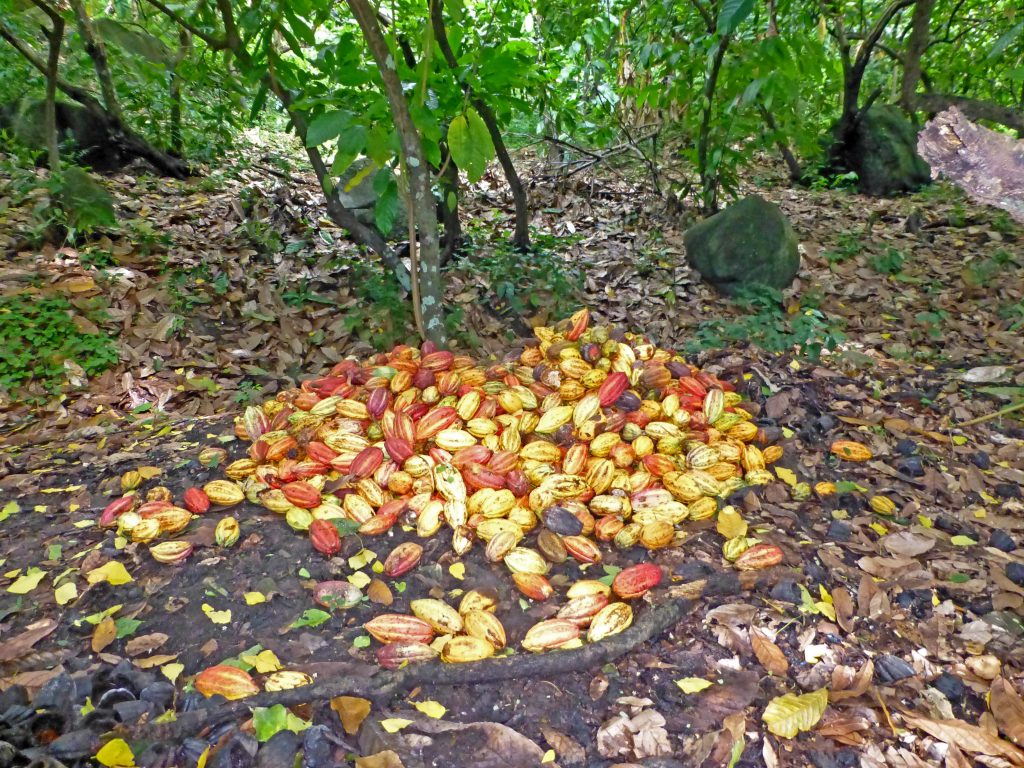 While Kim is the heart of Crayfish Bay, Lylette is the soul. She tempers the chocolate by hand in mixing bowls (a process that is necessary for the chocolate to harden correctly) which currently takes about 8 hours per batch. Something Kim couldn?t build himself, they are now fundraising for a tempering machine (which would quicken the process to about 30 minutes) as well as larger, faster grinders to keep up with demand. Their chocolate is currently available for purchase only in Grenada, at The House of Chocolate and other local boutiques. While Kim and Lylette have no aspiration to export finished bars, they are interested in transporting them via sail power to other nearby islands.

If you?re interested in learning more, staying in one of the Crayfish Bay guest houses, or visiting the estate, you can get in touch with Kim and Lylette via email, phone, or through their website.?