St. Kitts is green and pleasant, with a dramatically steep central mountain range rising 3,750 feet high. Much of it is covered in rainforest, which is often shrouded in passing clouds. Up in these heights live many thousands of African green vervet monkeys, descendents of a few originally bought over by planters. The land between the mountains and the sea is gently sloping and fertile, planted mainly in sugar cane. This lower land is relatively flat and easy to drive on.

The Caribs called St. Kitts “Liamuiga,” which means “fertile isle.” Columbus renamed it after his patron saint, and nowadays it is known either as St. Christopher or by the abbreviated St. Kitts. Sir Thomas Warner landed here with a group of settlers in 1623, making it the first British Caribbean colony. A French group joined them, and the two nations teamed up to massacre the 2,000 Carib inhabitants before they fell out between themselves. After 150 years of fighting and uncertainty, St. Kitts, with its sister isle, Nevis, became British under the treaty of Versailles in 1783. Today they are a fully independent, twin-island state with a British tradition and about 50,000 inhabitants. In graciousness and outstanding visual beauty, these islands have not changed too much from the old plantation days. Most of the large estates have been converted to small luxury hotels and restaurants. The economy is based on tourism and agriculture, with sugar cane as the most important crop. Baron Edmond and Rothschild Distilleries have even created a new cane sugar spirit, called CSR, from the local sugar cane.

A railway that runs right round the island and was used for collecting the sugar cane is now offered as a luxury train ride, with offers spectacular views. This is the only surviving railway in the eastern Caribbean.

Brimstone Hill is a magnificent and huge fort, that has been partially restored, and offers great views to other islands.

Christophe Harbour is an ambitious marina and housing project In the south of St. Kitts. Work has been going well and it is being beautifully landscaped as it progresses.

Most of the island’s sugar cane is government owned. The present government decided in 2005 to get out of the sugar business. The cane is still around although no longer harvested. 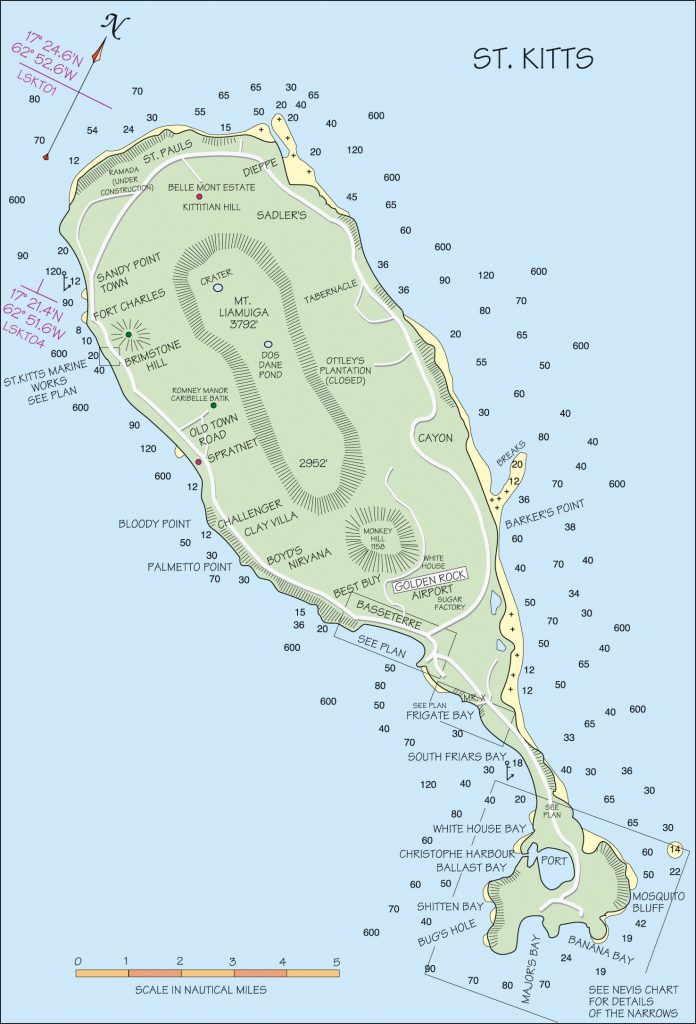